as support for thought processes. Playing keyboard instruments supports the maturity of the nervous system and increases the efficiency of the brain, through various musical activities we stimulate the sense of sight, hearing, motor skills, feelings. 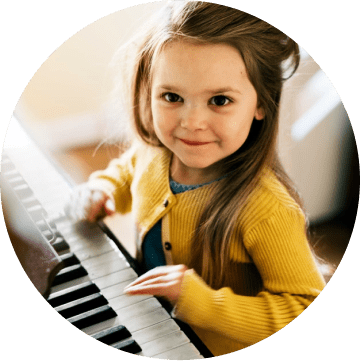 Do you have a question for us? Write.

Hello, Brain Faktor is here! Do you want to contact us?

Where are we located?

DIET FOR THE BRAIN

At Brain Factor Nursery diet is of utmost importance, there is no room for coincidences here. It was composed and closely developed with the owners of the catering company that provides meals to our children. Each meal is designed to benefit brain development and function. While much is said about how diet affects liver, heart, or kidney function, the issue of brain nutrition is still overlooked. Polyunsaturated fatty acids of the omega-3 family are the primary building blocks of brain tissue, They help maintain the flexibility and dynamic responsiveness of neurons capable of transmitting and receiving information and maintaining other brain cell functions, All energy necessary for the functioning of brain structures is generated from food. Eating disorders in early childhood take a toll on physical and mental development. Inadequate nutrition during periods of rapid brain growth has an adverse effect on brain size, mass , cell count and chemical composition. Therefore, a responsibly composed menu in the Brain Factor nursery is one of the basic forms of support for the harmonious development of the central nervous system.

as support for thought processes. Playing keyboard instruments supports the maturity of the nervous system and increases the efficiency of the brain, through various musical activities we stimulate the sense of sight, hearing, motor skills, feelings. Regular music making makes the connections between both brain hemispheres develop beyond the average, proper synchronization of both brain hemispheres is the key to the ability of accurate, analytical reasoning and synthesis.

Implemented through the use of songs – rhymes, board, images, sound effects, puppets, puppets, multimedia program Time for English.

Ladies and Gentlemen, dear parents. I would like to tell you the story of how this place was founded. The Brain Faktor nursery is not another facility whose purpose and task is to provide care for the child in living conditions similar to home conditions, as we can read in the Act. This is not the goal and it is not the value …

I am not going to talk about empathy, a sense of security, love, understanding, acceptance, which are the basis of everything, the foundation and an absolute necessity to start the didactic process.

The modern world is changing very quickly. Constructs a new reality, also educational, which changes its face. I am an educator, family assistant. I completed postgraduate studies in a fascinating field of the functions and possibilities of brain development – neurodidactics. I am still taking up new challenges, expanding my knowledge and competences by participating in many trainings, symposia and conferences on early support for children’s development.

With my activities, I want to raise awareness of the importance of nursery education for the development of a child. For the last three years I have been working as a babysitter, also doing internships in Great Britain and Switzerland, where the sense of security and self-overcoming difficulties are two basic components thanks to which the child organizes its world, builds individuality, develops social and emotional competences and motivation to take up new ones. challenges, without fear.

Activities supporting the smooth operation of all senses. “Sensory integration is the ability to register information from the outside world by the sensory organs, process them in the central nervous system and use it for deliberate action.” It is a fast and precise way of transmitting, differentiating, modulating and interpreting, on the basis of which the child develops learning and behavior mechanisms more and more adapted to the requirements of the environment. At the heart of the development of sensory integration are the three earliest-maturing basic sensory systems: tactile, proprioceptive (feeling your body), and vestibular (feeling linear and rotational movement). They constitute the basis which, along with the development and integration of reflexes, is the foundation of a child’s development. Each action, movement, is the body’s response to stimuli, it is the result of the integration of sensory experiences flowing from all the senses involved in the activity. In order to properly respond to stimuli, the nervous system must correctly interpret them, it is the basis and foundation of many mechanisms related to movement, posture, muscle tension and reflex integration. Thanks to proper integration, the child develops more and more efficient balance to walk, jump, run, ride a bicycle. Improving the integration of sensations from different senses develops an increasing ability to direct movement under or out of motor control. The child dresses, draws, writes and plays football more and more efficiently. In fact, most of the developmental mechanisms are based on correct sensory integration. Various sensory stimuli flowing from the environment have a positive effect on the development and maturation of the nervous system. This is why sensory stimulation is so important.

Supporting the development of learning mechanisms to prepare for future education – our work and activities will have a long-term effect. We create the base and foundation by providing adequate stimulation of the senses. The development of motor skills, sensory functions and cognitive competences depend on the efficient functioning of the vestibulo-proprioceptive system. As Professor Gerald Huther, the famous German neuroscientist “ALL CHILDREN ARE GIVEN” claimed, we just need to see and develop their potential. A baby’s brain continues to develop from conception and continues for many years after birth. The first three years of life are particularly important for the development of the central nervous system. The human brain is made up of billions of nerve cells called neurons. At birth, a baby already has 100 billion neurons. Each of these cells makes connections with other cells called synapses. With their help, neurons connect into circuits, creating privileged paths information processing. Formed in childhood, there are neural pathways used for life. Neurons and synapses are not responsible just for thinking. They also play a vital role in the development of motor, sensory functions and metabolic disorders, but also proper vision, hearing, tasting and communicating with other organs too through nerves and hormones. During the first 2 years of life, two million new connections are made in a baby’s brain every second. Particularly intensive brain development during the first 3 years of life affects the entire future life of a child. Up to a point, genes were largely responsible for establishing brain connections, but a child’s experiences affect all the major improvements in his brain connections. Once a region of the brain has progressed through the refinement stage, the critical period for its development is over and the possibilities for changing these connections are reduced. The child’s experiences determine which connections will be kept and, consequently, how the brain will be permanently adapted to certain ways of thinking, perceiving and acting. As long as the brain has an excess of synapses, it remains as flexible as possible and can develop in various ways. But when the supernumerary synapses are gone, the possibilities for shaping it are exhausted. Thus, the period determining the degree of development of many abilities may end in the first years of life and will never come back. Neural pathways created in childhood are used until the end of life. Therefore, in order to use the brain’s potential, it is necessary to use such a method of interaction that at the time of acquiring knowledge, the neuron is properly engaged. The latest research on the work of the brain shows that the assimilated information can be processed on various levels, the deeper we process it, the better we understand and remember it. On the other hand, message processing is deeper, the more different operations are performed on a given material. The most effective methods are those that engage the child’s various senses – sight, hearing, and motor skills. So we use polysensory brain stimulation – the more senses involved in the learning process, the more structures are stimulated and forced to cooperate. THE BRAIN IS THE BEST LEARNING THROUGH ACTION. A large amount of stimuli reaching the human brain requires a selection of new information. Decisions that will be remembered are made partially subconsciously. Only information classified as important, new and surprising attract attention enough to reach deeper memory structures. For this to happen, the caregiver must use methods that activate the child’s brain functioning. Comprehensive brain stimulation and a stimulus-rich environment create new information flow circuits on which the future learning ability is based. Thanks to the effective involvement of all the senses, we create new structures in the brain – the base and foundation from which the child will draw during the next stages of education. This is undoubtedly the most valuable investment in the future of your children.

The psychomotor skills of a warrior

A method focused on movement, but not only in the biomechanical aspect. These are varied physical activities adapted to the level of development. As we know, the psyche and motor skills are closely related to each other. Performing motor tasks based on motor skills, i.e. physical and motor education and the psycho-mental-emotional competences that develop under their influence. The central element is equipping children with the ability to become aware of their own effectiveness and the possibility of taking various actions, which results in acquiring more and more self-confidence. We rely on the Psychomotorics of Empowerment by Jolanta and Andrzej Majewski and the psychomotorics of decision-making by Renate Zimmer, as well as elements of psychomotor therapy by Marcelle Procus and Michele Block. We focus on the strengths of the child and his needs. We teach independence, overcoming obstacles and not giving up. WE SAY NO FOR: don’t do it, don’t do it, don’t do it wrong, I’ll show you how to do it! These are devastating messages! Our goal is to engage and activate children’s imagination and emotions. Properly selected forms of movement exercises have a supportive effect on mental development, i.e. perception, thinking, emotions, motivation, behavior and its sensory development – it concerns the sensory organs as well as motor processes and functions. Creating the environment in a way that allows the child to act, experience and react.